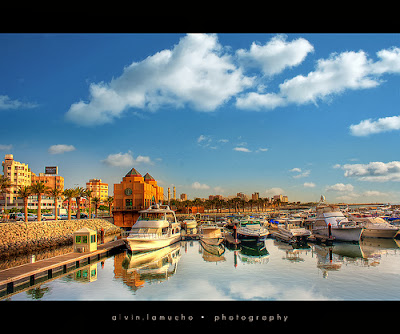 The riverboat held together and made fair headway against the prevailing southward flow of the Mississippi River. Whatever gasoline and oil it consumed was replaced from the little money that Ray and Sandy had saved, supplemented by donations from Clare and the generosity of marina owners along the river in the state of Mississippi. How hard a heart is needed to turn down three children and their guardian making their way to the Great Lakes to reunite with family and give them only the gas they can afford?

Groceries were a different matter. They were on their last pack of cheese crackers when the riverboat pulled into the dock at a marina in Greenville, Mississippi.

This marina was well-equipped. There was a fuel dock, ice house, boat repair shop, restaurant, and a general store located along the waterfront. It took little convincing from Clare to get the children in the mood for grocery shopping.

“OK, we need to pool our cash,” said Clare. After counting theirs, all $45.28 of it, Sandy and Ray agreed. Clare continued: “We need to stay together in the store and shop like a family is expected to shop, keeping our eyes on Natty and getting the most for our money. Anything else and we might have someone asking too many questions.” For once all that Ray and Sandy could answer with was a nod.

Into the general store they went, looking as inconspicuous as four runaways can. It wasn't long before quiet shopping gave way to subdued bickering over what to buy and how much. Clare worked hard at keeping order but somehow Natty managed to slip just a few feet away and that was all that was necessary for a full-fledged fiasco.
Natty reached into the cooler for one of the Popsicles. Her little arm was just a bit too short. Leaning over the edge of the cooler she tumbled in. Now this was better. She could have all the Popsicles she wanted.

She had her prize in her hand when she heard a lady say, "My goodness little girl, you shouldn't be in here." The lady bent down into the cooler to pick her up. Natty responded by whacking the lady on the head with the Popsicle. When the lady took hold of her, Natty whacked her twice more on the head for emphasis. The lady was only too happy to put Natty down on the floor.

Back on the floor Natty left for new adventures, sucking on a slightly hairy Popsicle. She found her self surrounded by a sea of legs and wire things with wheels. Some thing that was bright yellow caught her eye. Making her way around the legs she found a round shelf thing piled with fruit. The bright yellow things were at the top.

She had only climbed part way up when the structure canted sideways and crashed to the floor. Natty sat in the middle of a mound of fruit with her
-37-
second prize of the day, a bright yellow banana. A clerk came running, after getting a report of a shoplifting incident at the fruit stand at aisle 8.


“Well there's our little thief," the clerk said smiling and bent down to pick up Natty. She smacked the clerk in the face with the banana and retreated just out of reach. The clerk lunged and caught her by the legs. Natty screamed and socked him in the right eye. The clerk let her go temporarily to rub his eye. Again Natty retreated on all fours. The clerk followed likewise
.
Natty picked up a stick of celery that had been discarded on the floor and let the clerk have it again in the same eye when he bent down to pick her up. While he rubbed his eye with his right hand a customer accidentally stepped on the fingers of his left hand. The clerk's yowl was heard all over the supermarket. Natty stood a distance away giggling. All the clerk had to show for his efforts was a swollen hand and a black eye.

By the time Clare and the other children heard the screams, Natty had made her way to the canned goods. She sat on the floor piling the brightly colored cans one on top of the other pyramid like. A lady came around the corner with a cart and caught the corner of the structure sending cans rolling every where in the aisle.

The lady bent down saying, "You shouldn't be playing here, honey, you might get hurt." When the lady reached for her, Natty brought down a can she had been holding squarely on to the woman's big toe.
She screamed so loud that loose articles jiggled in their containers. "It's OK,” Ray said to Clare. “All I need to do is follow the trail of screaming voices."

“She has learned well,” Ray thought. “Never let a stranger pick you up.” They had taught her that If someone tries to, scream scratch and punch like there was no tomorrow, use anything at hand to beat or throw at them.
Ray saw Sandy a few aisles down further and waved for her to go in the direction of the last scream. Sandy and Ray converged on her in the vegetable section.

Natty had some how climbed to a shelf where they kept an assortment of cabbages. Natty was about to roll a big cabbage on a female clerk's head. Ray yelled for her to stop. When Natty recognized the voice she let go of the cabbage. It smashed into the next shelves bringing down a small avalanche of vegetables with it. The clerk lay on the floor inundated by vegetables. The big cabbage teetered on the last shelf, then fell and bounced off her head and rolled away.

At the check out counter, Clare paid the clerk with the black eye for the damages. "Come again when you can't stay as long," the clerk
responded
.
"How much did that set us back?" Ray asked Clare
-38-
“Close to a hundred dollars" she replied.


"What if Natty would have been really in the mood?", Sandy asked grinning. Clare looked at her to see if she was serious.

Once outside every one laughed, including Natty. Ray picked her up, set her on his shoulders and danced around the parking lot. At the river boat Ray cast off saying, “Farewell, Greenville, Mississippi!”

"Loosen up, everybody, you all look like you just got back from a funeral!" Ray had taped and glued the radio back together as well as he could and now it was time to try it out. He turned it on and rock music blared out of one of the speakers. Natty jumped around in a circle singing, “Ya, ya, ya!” Sandy danced half halfheartedly when Clare began to dance wildly at the center of the kitchen. Ray watched, keeping time to the music, tapping a ruler on the instrument panel. Sandy puled back and let Clare have the floor as she clapped her hands in encouragement.

After the tune was over Clare slumped in a chair, winded.

"I didn't know that a person your age could dance to rock music, uh, oh. I didn't mean that the way it sounded," he immediately added realizing he had made the age old mistake of mentioning age to a woman.
"Oh ya, I can dance circles around you any day young man!”, Clare boasted. “What age do you think I am anyway?"

"Sandy take over the wheel, I can't pass up this challenge," he informed her.
Both Clare and Ray gyrated around the kitchen while Natty sat in a corner jumping up and down and squealing happily. After three consecutive jigs both laid on the floor fighting for breath and laughing at the same time.
“I never saw any one dance like you before, young or old," Ray said admiringly. "Where did you learn to dance like that?" Ray asked.

"When I was younger I danced in night clubs. I put myself through school dancing in night clubs," Clare informed him.
"Wow, that must have been interesting!" Ray said in wonderment.
"It was an exciting part of my life but I wouldn't recommend it to young girls just starting out, It can lead to all kinds of dangerous predicaments, sometimes life threatening situations."

"How did you come to be a social worker?" Sandy asked.

"I always loved and cared for children. I was the oldest of five, our mum was a single parent and I kind of naturally became the mother when mum was too busy for us. I never complained, I loved it and I was a natural at it. When I got to college I was willing to do whatever I had to do to work with children. That was my one and only goal in life," Clare revealed.
-39-
"Social workers don't help children they just separate them, so they never see each other again. Like the twins in the National Enquirer, reunited some sixty years later. Sixty years from now I probably won't even care if I'm alive," Ray said, lowering his head. Clare put her arm around his shoulder saying, "It's alright Ray, I promise that I will do every thing I can to keep you guys together. We could still make this legal all we need is the proper papers from a judge and..."


"No! If we even show our selves near a court house they'll take us away," Ray said pulling away from Clare. Clare thought about it and had to agree. One week later this far up river without a report, It would be her that they would most likely judge as incompetent, if not throw the book at her for attempted kidnapping.

"You're right, we're all in the same boat together.”, Clare concurred. Both Sandy and Ray laughed.
"What's so funny?" Clare asked.

"Voi-la," Ray said pirouetting with his arms outstretched, indicating the river boat cabin around them that served as the kitchen.

"Ain’t it the truth," Clare said joining in the laughter.

"Tomorrow we'll be in Helena Mississippi. They're having a
carnival there," Ray announced.

"Let's not stop there," Clare said. An uneasiness tugged at her.
"Why not, Clare?" Sandy asked.
"I'm not sure, I guess It's just that there will be a lot of people there and you never know who we could run into." Clare said, not knowing how else to explain the gut feeling she had go through her.

"Do you really think they could be looking for us this far north?" Ray asked.

Just then a police cruiser approached. It slowed its speed and flashed its spot light at them, then continued on without a second look. Ray pointed starboard at the receding cruiser. “They can't be looking for us too hard," he remarked. Clare still felt uneasy about anyone leaving the security of the riverboat. She just wished they could just keep going non-stop until they had reached their destination.

"You and Ray can go, I'll stay her with the baby, That way you can have fun without worrying about the boat and your little sister." She didn't know why exactly why she felt uneasy about this stop over. Maybe she was just jumping at shadows.

"Come on Natty let's go fix us up some supper." On hearing her name Natty got up and toddled her way to Clare.
-40-
Posted by cynthiagrlx@.com at 20:59